With only a very short time in Budapest, we knew we had to really plan our time to make best use of it. So here is our Budapest Adventure.

We arrived at the airport in the late afternoon and got the shuttle bus from the airport to the city centre. The bus 100E which ran every 15 minutes and cost a couple £ each (very cheap). Once we got off, there was only a 10 minute walk to the apartment we would be staying. After we were all checked in, we threw the bags down and went on the hunt of food as it was getting late by this point. 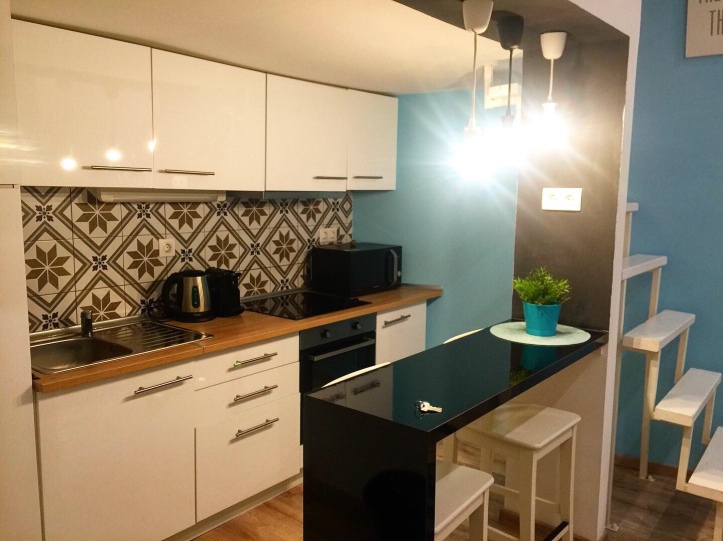 We stumbled upon what appeared to be a side street, which was actually an amazing find. This ‘side street’ was full of bright lights and vibrancy. Bars and restaurants filled the street with so many options for every desire. After a long days travel, we decided on something familiar to us and settled upon a Jamie Oliver restaurant which primarily sold pizzas and pastas. Like the street itself, this restaurant was an amazing find as that is arguable the best pizza I’ve ever tasted!

After all that carb, a walk was definitely needed. We set off in the direction of the river and happened upon the Budapest Christmas market. Those who know me, know of my love for Christmas, so this was just an added bonus to our time in Budapest. Mulled wine was a must, and it was pretty damn good. 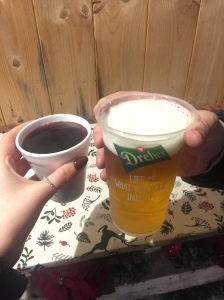 We had a look around and then, yet again, set off for the river. Now then, in Budapest, the river is not difficult to find. And the view we found there, was incredible; 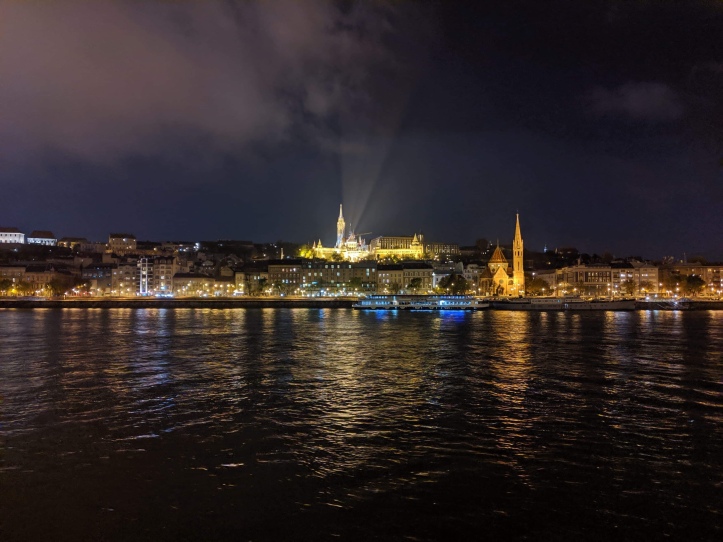 Budapest castle, the parliament building, the chain bridge and the riverside holocaust memorial were all spectacular to view at night. By this point it was getting late, so we called it a night ready for an early start the following day.

We had read online and been given a few tips about visiting the thermal baths, that it’s best to go on a morning and then return to your accommodation to wash and change. So this is exactly what we did. We arose early, and headed to to the nearest bath to us, Szechenyi thermal baths.

Going so early was an incredible piece of advice because it was so quiet! If you’re thinking of going I’d absolutely recommend going earlier in the day because I can only imagine how awful they must be if they’re busy. We got a ‘cabin’ which is essentially just a small changing room. We did rent one towel from their which was nice and big, as well as buying ‘slippers’ which are just plastic sandals. Flip flops would do the same job. But it’s a requirement to wear something on your feet while walking around. It was a lovely way to start our trip as it totally de-stressed us and left us feeling relaxed for the rest of the day.

We then went back to our apartment to get washed and changed before heading out to explore more of Budapest. We headed once again to the river and crossed the chain bridge. The view of the castle was even better in the sunshine. 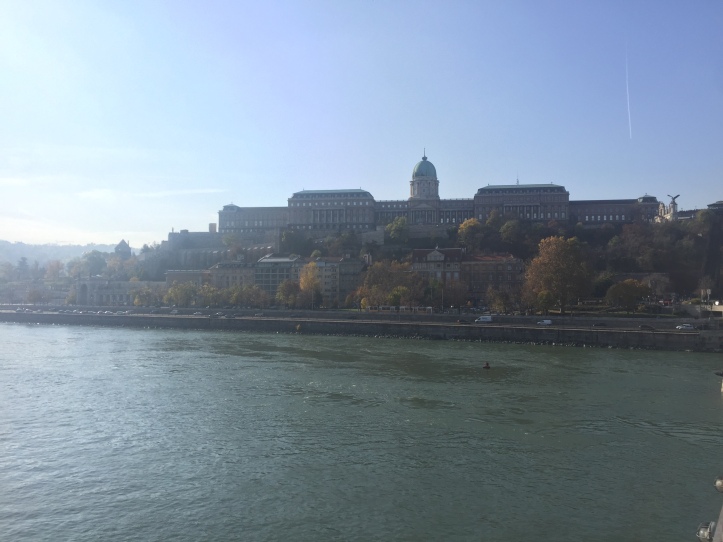 We then walked up to the castle. You could pay to take the funicular up, or walk for free. It wasn’t that far to walk and the queue for the vernacular was crazy long, and even worse to come back down. The view from the top was spectacular. 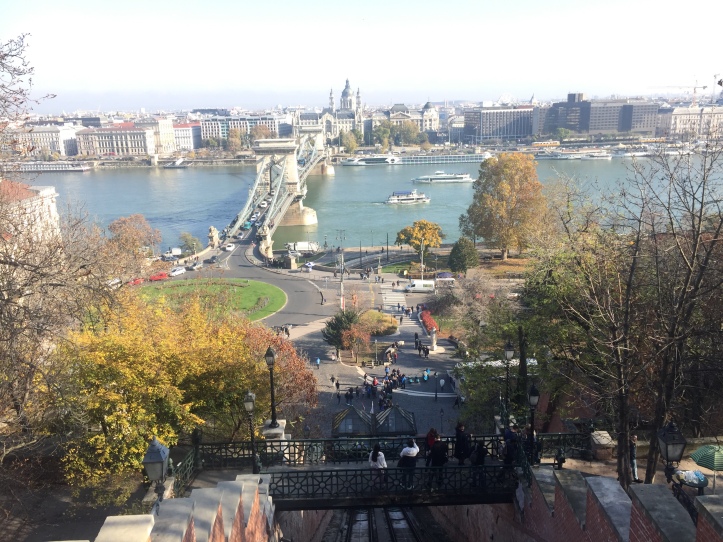 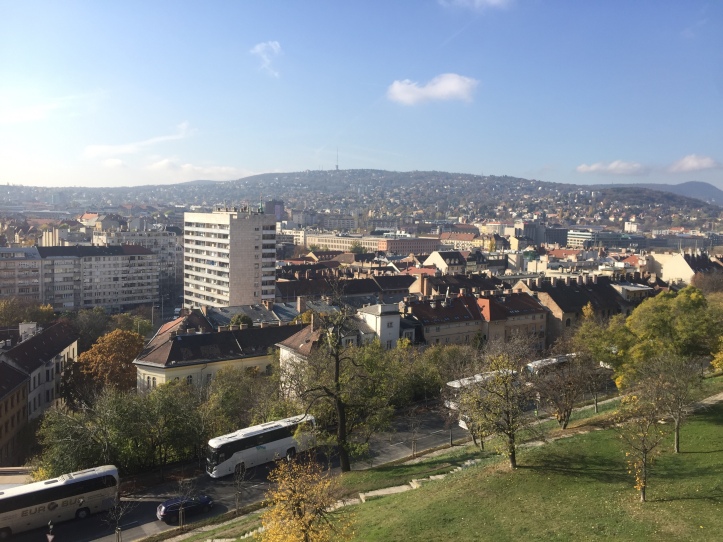 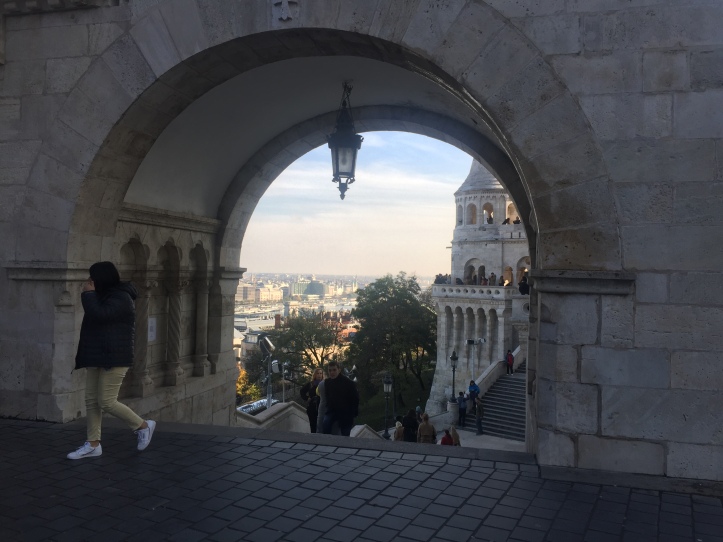 We did a little exploring on the castle grounds including Matthias Church, before going to visit the hospital in the rock. We weren’t allowed to take photos inside but it was really Interesting learning about the cities history through ww2, the revolution and the cold war.

From here we went to find some lunch and stumbled upon a restaurant called Riso Restaurant and Terrace. If you’re over that way and looking for some food, I highly recommend visiting there for lunch. I had what would normally be considered a boring pasta dish, however the pasta was freshly made with mozzarella of the same quality. It was truly scrumptious!

From here, we set off on the long journey back to our apartment to get ready for our evening plans.

A friend had recommended we visit what they call in Budapest ‘ruin pubs’ which are essentially pubs that have been set up in abandoned apartment blocks. We went to Szimpla Kert, which was only 5 minutes from where we were staying. This bar is like none I have ever seen before. If you only have a short period of time in Budapest, i implore you visit here. It’s so quirky and unique, you wont regret it. 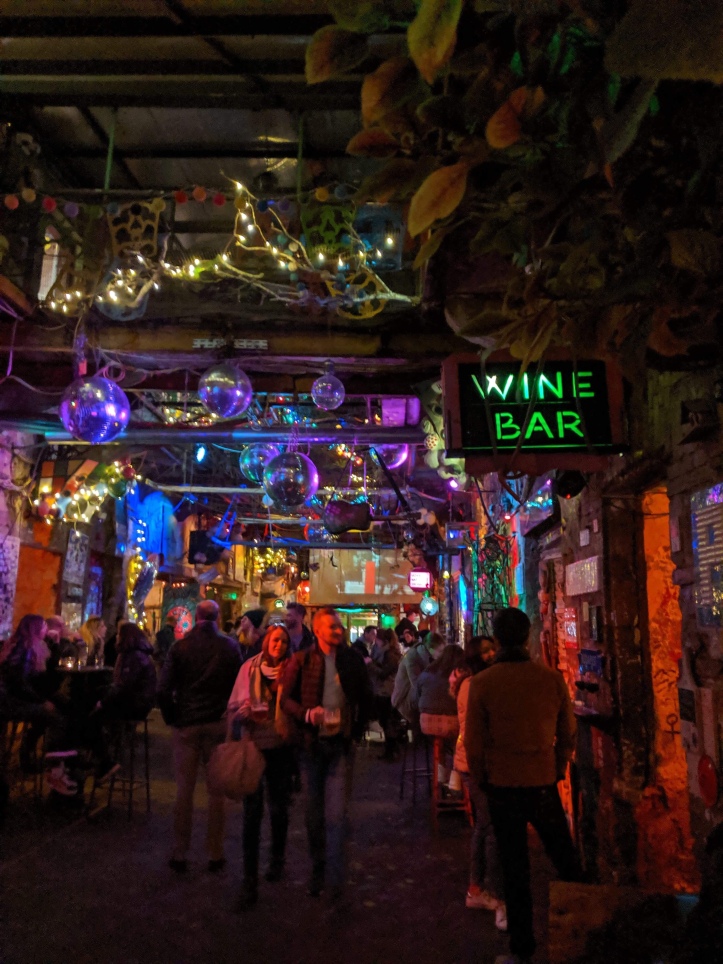 There is also a street food courtyard just two doors up from the bar, which did amazing food for veggies and carnivores.

It’s safe to say we indulged that night and had a few drinks to round off our time in Budapest. The next day we had an early start as we had to catch the bus to our next destination, Bratislava.

To summarise, our time in Budapest was amazing and went off without any problems. If you have visited any of these places I’d love to hear your experiences with them!