The next stop on our adventure was Bratislava, the capital of Slovakia. Unfortunately, our time here was nearly a wash out as the November rain which has flooded Venice was attempting to do the same to us here. Nonetheless, we did what we could in the wet and windy weather. So here are the full details of our Bratislava Adventure.

The apartment we were staying was small but in an ideal location. One minutes walk to this observation platform which overlooked the Danube river with the UFO tower above the SNP bridge. If we turned away from this view we were looking up at what is arguably the main attraction on this city, the Bratislava Castle. 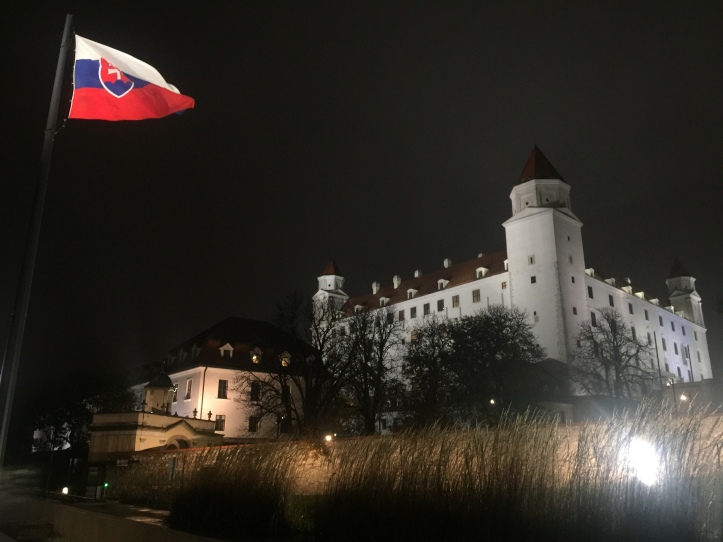 This castle had beautiful grounds which circled the building which I didn’t get any photos of but here is one of the paths leading up to it in all it’s autumnal glory.

The first day we got there it was late afternoon so we headed to our appartment, threw the bags down and headed out in search of food. We ended up eating in one of the only expensive restaurants in the city, but the food was delicious so it was worth it. After eating this we tried to do some sightseeing, but the weather was so atrocious we ended up going to a corner shop, grabbing snacks and calling it a night. But not before going to the castle and observation platform to grab the photos of the castle and walk through the grounds a little.

The next day, we set out and tried to make the most of the almost dry weather we had. Our first stop was of course the castle our apartment was so close too. Although the inside had been turned mostly into a museum of Bratislava, the building itself still bares the beautiful details you’d expect in a castle. My personal favourite was the grand staircase that was almost the backbone of the building.

The castle also allows you climb the ‘crown tower’ which (weather permitting which it wasn’t for us) will allow for spectacular views across the city. Our images aren’t quite as breathtaking as some others I’ve seen.

From here we visited a highly recommended cafe called Mondieus. We only had coffee, however the cakes looked incredible! I also grabbed a snap that captures some of the decor in here. 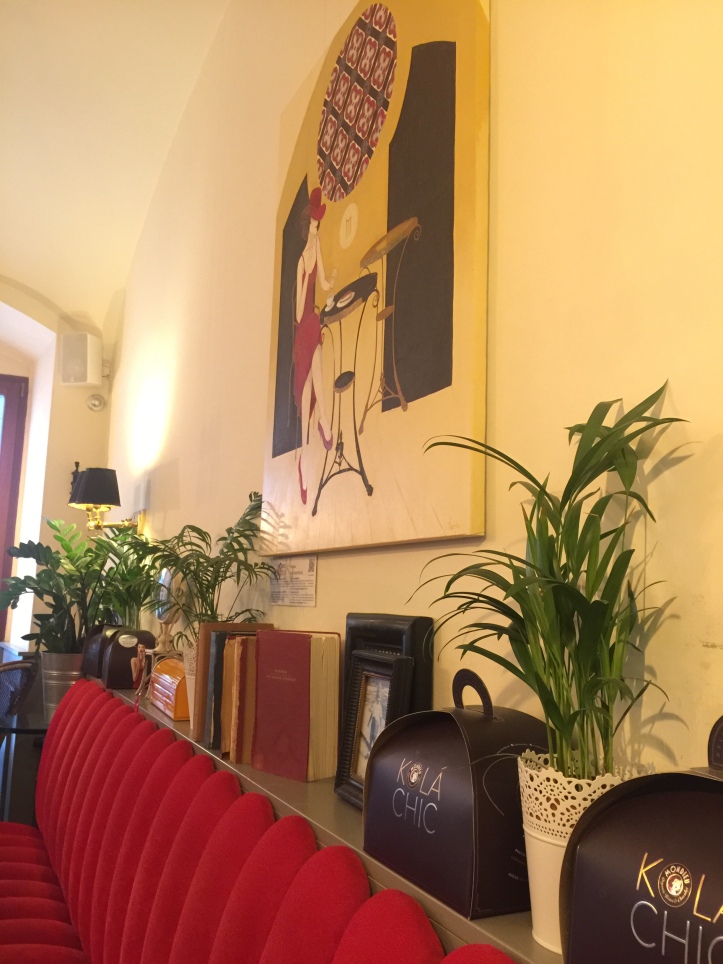 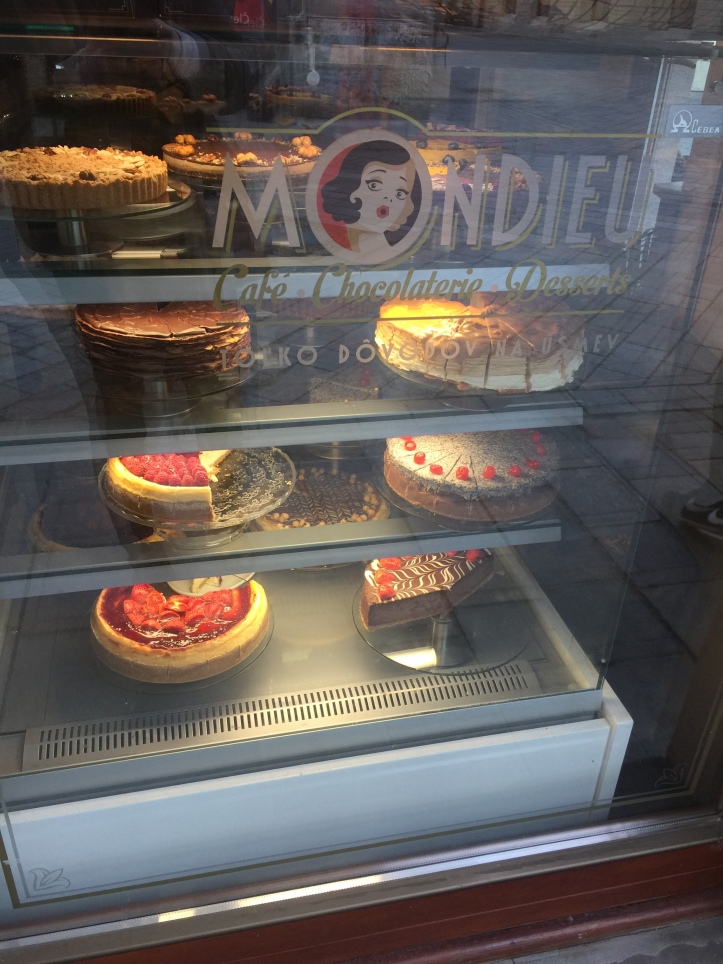 Once we were caffeinated, we tackled the city centre as best we could before the heavy afternoon rain crept in. We walked through Michaels Gate and found the nearest spot to home on the Kilometer Zero display under the gate. 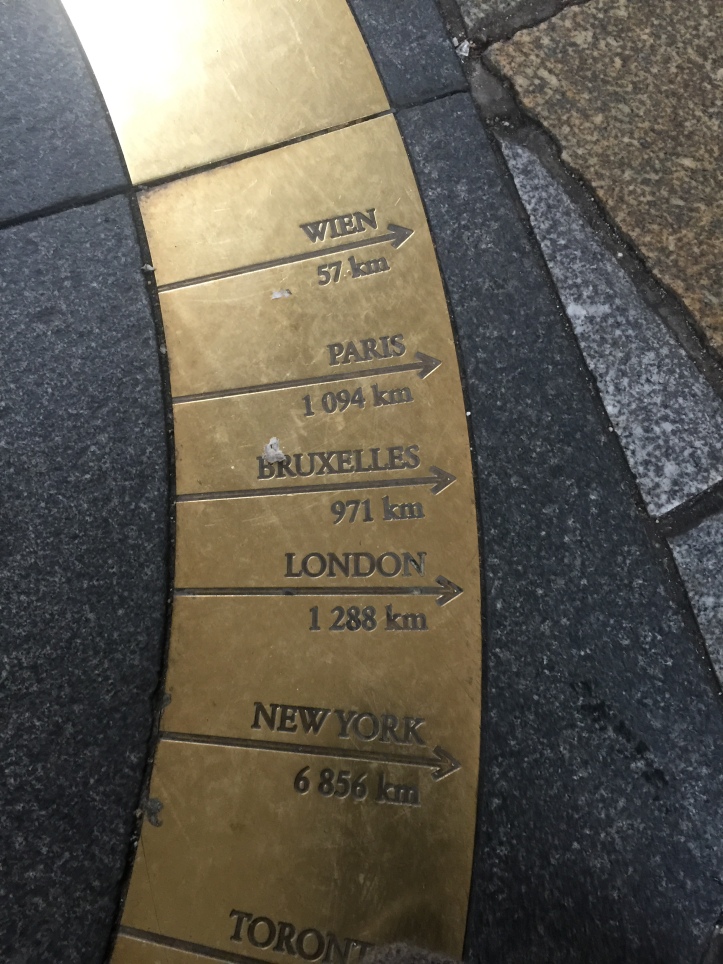 From here we headed slightly out of the city centre in search of a church, not an ordinary church, but a bright blue one. 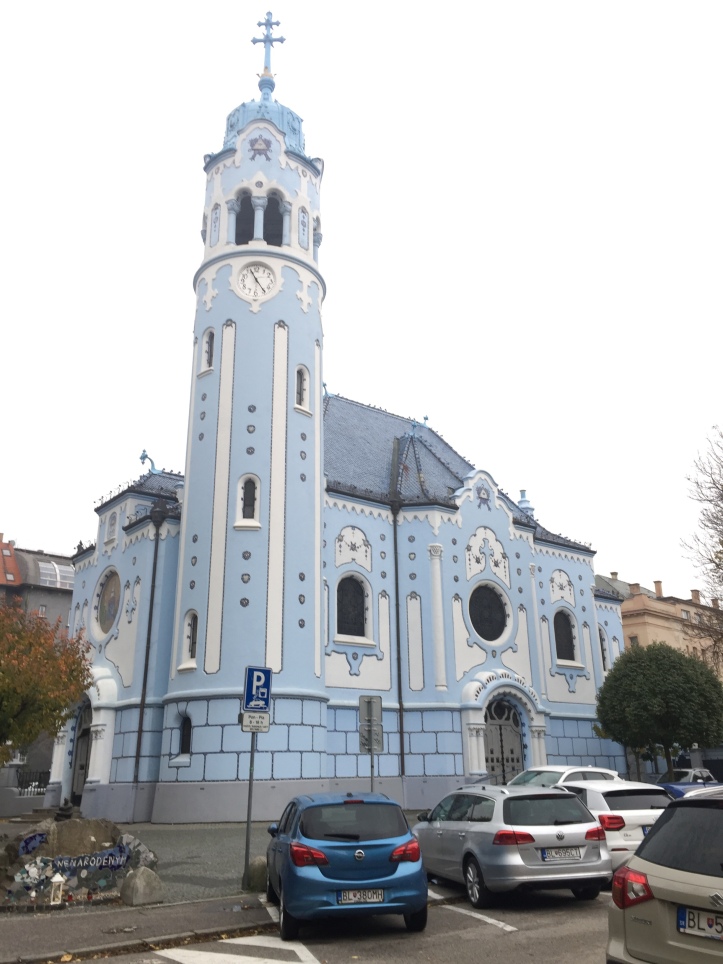 The blue church isn’t its proper name but it’s a nickname that had stuck harder than it’s real one. I’m not sure what purpose it’s decor serves other than being very pretty, but it was worth seeing. At this point the rain hit us, and hit hard. So we headed back to the apartment for a nap (we are on holiday after all) in preparation of our final evenings on goings.

Feeling refreshed, we headed back into the city centre in search of food and found a restaurant called the farmhouse. I enjoyed a veggie pizza cooked in a proper pizza oven while Shaun had another schnitzel (he has had 4 at present during this trip).

From here we decided to get a couple drinks from nearby bars and, seen as we are really cultured folk, ended up in an Irish and Scottish pub. While we drank our stress of home away, this notice board tickled me, so I thought I’d share it here: 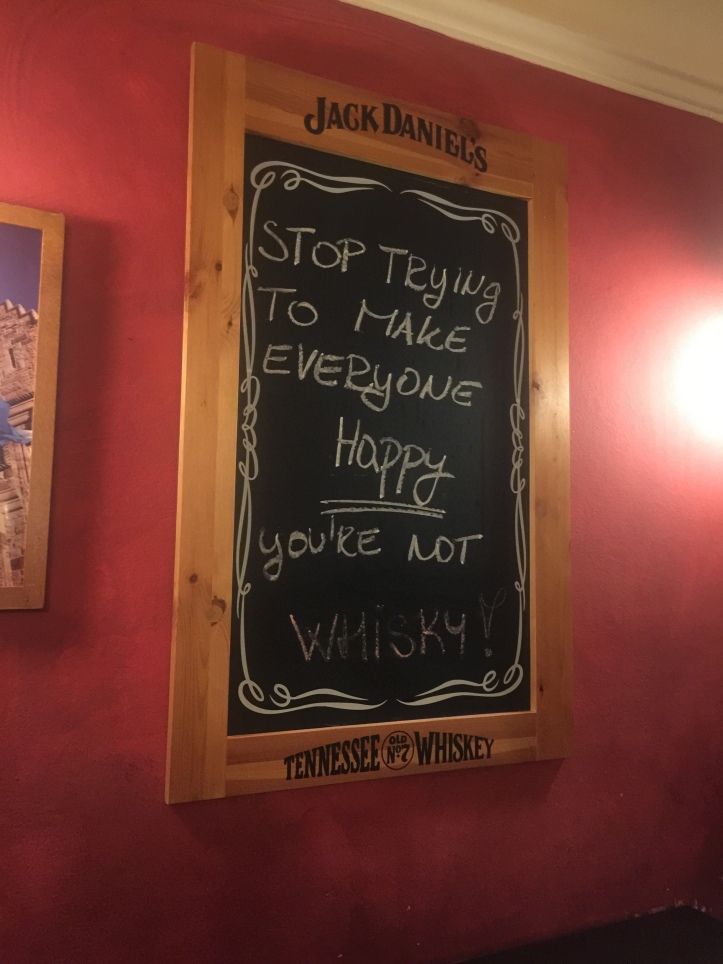 The next morning we were up early to catch our next bus. Our Time in Bratislava was short and rainy, but it was a very nice city with even nicer and surprisingly friendly people.

Next on our tour is Vienna, and I can tell you now, it’s the best city yet! If you’ve visited either Bratislava or Vienna, I’d love to hear all about your adventures below!