Ljubljana, the capital of Slovenia. A place, quite honestly, I had never thought about visiting untill it was an ideal stop in terms of location for this backpacking trip we’re on. And once I started looking into it, I realised how much there was to see and do in this adorable capital.

Slovenia is a small country and with that comes a small capital city. The main attractions are all within walking distance of each other which will help you save a fortune on transport. It’s also a green city, so most people cycle everywhere and it’s very rare you will see a car in centre as it’s mostly pedestrianised.

The city lies in a valley with mountains all around it and one hill in the centre of the city. A hill that hosts Ljubljana Castle.

The castle, depicted in the upper left of the above photo, legand says it’s home to a dragon. Not just any dragon, the green dragon that was allegedly killed by St George, or maybe Jason and the Argonauts? I mean historians don’t always have it right, especially when there’s dragons involved.

The view from the top of the castle is spectacular and allows you to see over the entire city. 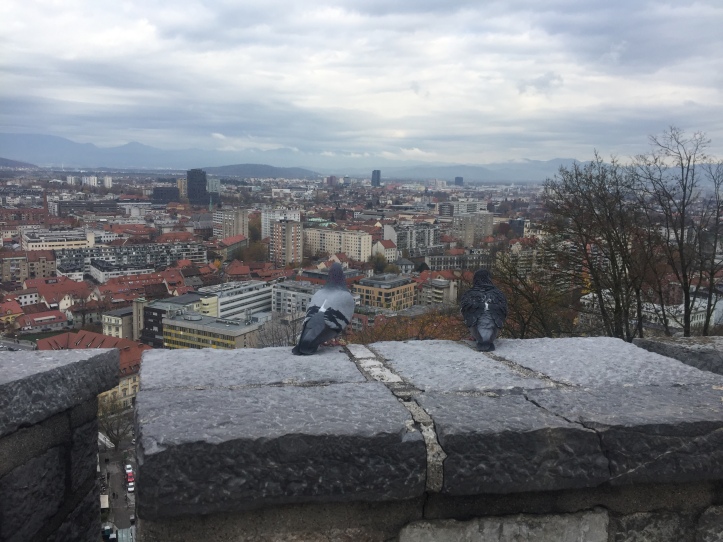 The castle is a must visit if you are in this city as it offers the most spectacular view of any I’ve visited before.

As a result of the dragon mythology, there are dragons everywhere in the city from souvenir shops, to the dragon bridge with dragons guarding it on either side and emits a green glow at night.

If you walk over it, keep an ear open for the roar of the dragon!

There aren’t loads of restaurants in Ljubljana as it is a very small city, however, there are some incredibly nice ones.

We visited one called Julija, which offered a lot of Slovenian cuisine. We chose this one as it was very highly rated online. We did read that it can get very busy so we had an early tea and found ourselves to be the only ones in. 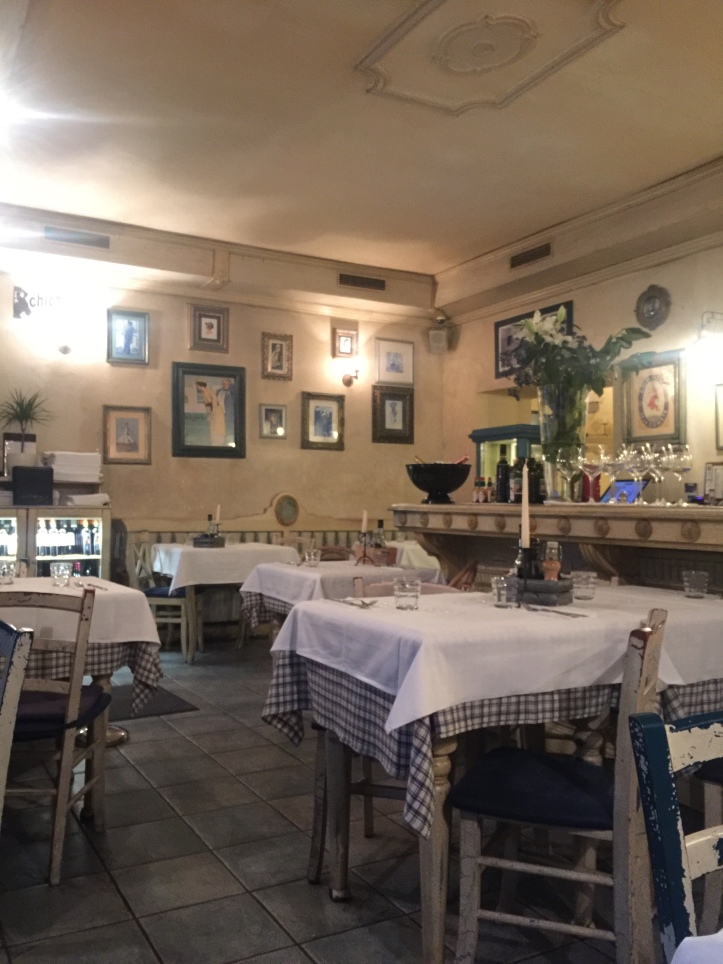 In the days that followed, we passed again several times and each time, the place was full and sometimes with a queue.

I ordered some kind of cheesy dumplings with mushrooms while shaun had the goulash and we polished both off as they were delicious.

The whole meal was around €30 with drinks of coke which isn’t bad for one of the best restaurants in the city.

Eating in this restaurant was the one time during our visit that we ate a meal inside. Even in the cold and rain, everyone sits outside of bars and restaurants here with plentiful heaters and blankets. It’s really a lovely culture to have and be a part off.

The city has two local beers, Lasko and Union, both are delicious and cheap. They were generally €3 a pint so naturally, we enjoyed many while sat outside by the river.

We also went up the ‘Skyscraper’ (the most thoughtful and inspirational name) which is a skyscraper with a rooftop bar and restaurant. It’s free to go up and has fantastic views over the city and most importantly, the castle itself.

We did get a drink up here which was more expensive than down below but it was worth it for this view. Especially considering it’s free to go up.

The most astonishing thing about our time in Slovenia was the people. Not only are they potentially the friendliest people I’ve ever encountered, here in this corner of Europe they all spoke perfect English. We even had a few waiters apologies for speaking to us in Slovenian at first. It was astonishing, and we felt so at ease in this foreign country. It made us feel very at home.

One of the main reasons we visited Ljubljana was to travel to nearby and Instagram famous, Lake Bled. The weather was better on our third day so we planned on visiting that day, while the weather on day two was wet so we found an indoor day excursion; Postojna Caves. Both these day trips will be getting their own blog post, coming very soon.